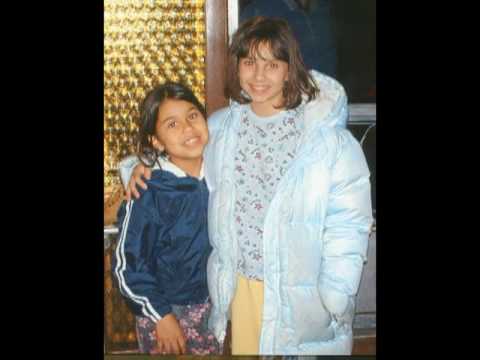 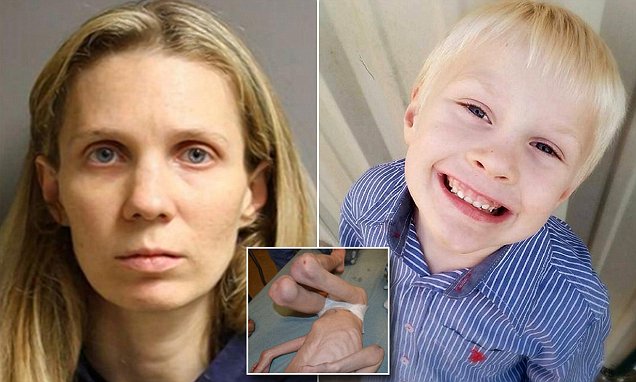 Lynn McAnulty screamed at them to call , which they did. Firefighters found Jeanette Maples on her back in the dimly lit living room with wet hair, with bruises on her face, cuts above her eye and without her shirt on.

Jeanette had no pulse, paramedics tried CPR and put a tube into her lungs in an effort to make her breathe. When she arrived to the emergency room doctors could find no signs of life and Jeanette was pronounced dead.

Jeanette weighed 50 pounds her front teeth were broken, and there were severe wounds on her legs and back.

Angela and Richard McAnulty were arrested. Jeanette was starved and dehydrated. Her lips were maimed from being beat over a long period of time.

Her face was disfigured and her head in bandages. On her hip she had a large area of skin that had been torn away and you could see the bone.

Leather belts and torture devices were found in the home. She was also made to stand facing the wall with her arms up in the air for hours at a time.

Labels: Video. Tuesday, February 9, In Loving Memory. Video Memorial created by Janette's cousin. Repeated calls by concerned individuals to the Oregon DHS to report the abuse were not investigated.

She slipped through the cracks in the system. I invite everyone who knew her to participate and share your stories of her life. Posted by jude at PM 2 comments:.

About this site This blog is dedicated to Janette Marie Maples, who was tortured to death at the age of 15 after years of parental abuse.

Despite concern from people who knew her and repeated phone calls to the authorities, her cries went unanswered. Janette was a caring person who loved to read and wanted to be a librarian someday.

She wrote in "hidden" diaries and had dreams of flying away to heaven. We will never know the extent of the pain she endured.

My hope is her heartbreaking story will inspire you to examine the current system of abuse reporting. It did not protect her. News links regarding her tragic death are posted on this site for your reference.

The children's father, Anthony Maples, was in prison for drug offenses and had little contact with his children. In a phone interview, Anthony Maples said his two sons, Jeanette's brothers, grew up in foster care after they wrote a letter to the family court judge overseeing their case pleading to not be sent back to their mother.

By that time, Angela McAnulty, who was a cashier at a discount store, had another daughter. Sometime after being reunited with Jeanette, Angela met Richard McAnulty, a truck driver, and the two were married in Angela and Richard had a son, and the family moved to Eugene in late , according to Lynn McAnulty, Richard's mother.

Jeanette started at Cascade Middle School in the middle of her sixth-grade year in Her mother sent her there in ratty sweatpants and an old yellowing T-shirt, and children made fun of her, her friends said.

Despite the teasing about her clothing and appearance, friends said, Jeanette loved school. She liked writing and reading poetry and being away from home.

But there were signs of serious trouble. Jeanette was constantly hungry, and each day when it was time to go home, her demeanor changed, friends said.

She became sad, withdrawn and anxious. Her mother was strict, they said, and wouldn't allow friends to call her or let Jeanette visit their homes or invite them over.

Amber Davis said Jeanette confessed that her mother beat her after Davis pushed her to explain the repeated injuries. She encouraged her friend to get help, but Jeanette feared that would enrage her mother.

Sams said child welfare screeners downplayed her concerns and told her secondhand accounts of abuse were not sufficiently serious to send social workers out.

So Sams told her daughter to enlist officials at Cascade Middle School, which she did. One school official who asked not to be named and who spoke at Jeanette's funeral said: "We cared about her.

We did what we could, and we fed her. After graduating from eighth grade in the spring of , Jeanette was home-schooled by her mother.

Friends and family say she was hidden away with almost no contact with the outside world while her siblings attended school and appeared healthy and happy.

Richard McAnulty was often out of town driving trucks across the country. Last summer he ended up in a California hospital for open-heart surgery.

Angela McAnulty and the children showed up at the hospital. Jeanette "looked bad, really thin, her hair had been chopped off, and she had a busted lip," her stepgrandmother, Lynn McAnulty, said.

She didn't give her name because she was worried her son and daughter-in-law would find out. In October, she was briefly allowed into the family's home.

Jeanette was inside, facing a wall because she was being punished by her mother.